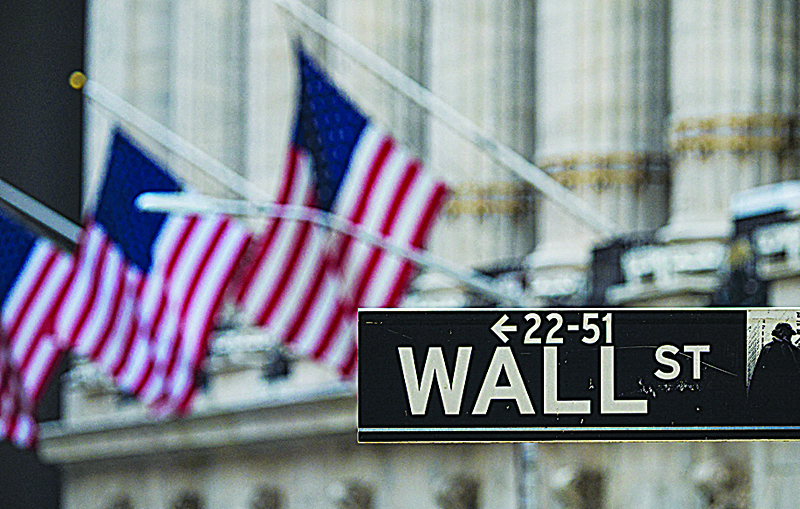 NEW YORK: Wall Street edged further towards normalcy on Tuesday as the New York Stock Exchange (NYSE) withdrew some of its toughest COVID-19 restrictions and Goldman Sachs set a date for in-office work to resume. The NYSE, which completely shut in March 2020 before welcoming back a small number of traders two months later, plans to permit additional personnel on the trading floor, including from media organizations that respect protocols, officials said Tuesday.

And Goldman Sachs became the latest large bank to announce concrete plans to return staff to downtown New York, telling workers they should be back at their desks by June 14. “Based on improvement to public health conditions in the New York City area and the continuing progress of the nationwide vaccination rollout, the NYSE is implementing several adjustments to its COVID health and safety protocols for the trading floors at 11 Wall Street beginning on May 10, 2021,” said a memo to staff.

The announcements come a day after New York Governor Andrew Cuomo lifted major coronavirus restrictions. From May 19, percentage limits on occupancy will be scrapped for many business and cultural venues in the city – including shops, restaurants, cinemas and museums, Cuomo said. Businesses will be allowed to welcome as many people as they want, provided six feet of social distancing is maintained, as recommended by the federal Centers for Disease Control and Prevention.

Under the new rules, NYSE traders and others on the floor will no longer be subject to random testing if they are fully vaccinated. Media representatives will also be permitted to go on the floor, but will be required to wear a mask, except for on-camera media located in designated, enclosed sets. Goldman, meanwhile, said it was “encouraged” by the rollout of vaccines, while adding that staff should expect additional guidance from regional and divisional leaders “as conditions and capacity conditions shift,” said a memo.

“We know from experience that our culture of collaboration, innovation and apprenticeship thrives when our people come together, and we look forward to having more of our colleagues back in the office so that they can experience that once again on a regular basis,” said the memo, which was signed by Chief Executive David Solomon and two other senior executives. Goldman’s announcement came a week after JPMorgan Chase told US employees they should expect to return to work in person in July. – AFP