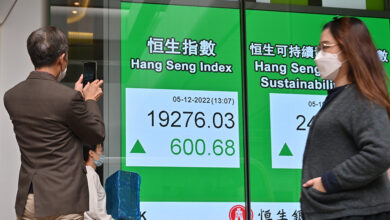 LONDON: World oil prices rallied Monday after more easing of strict COVID containment measures in China and as a price cap on Russian crude agreed by the EU, G7 and Australia came into force. 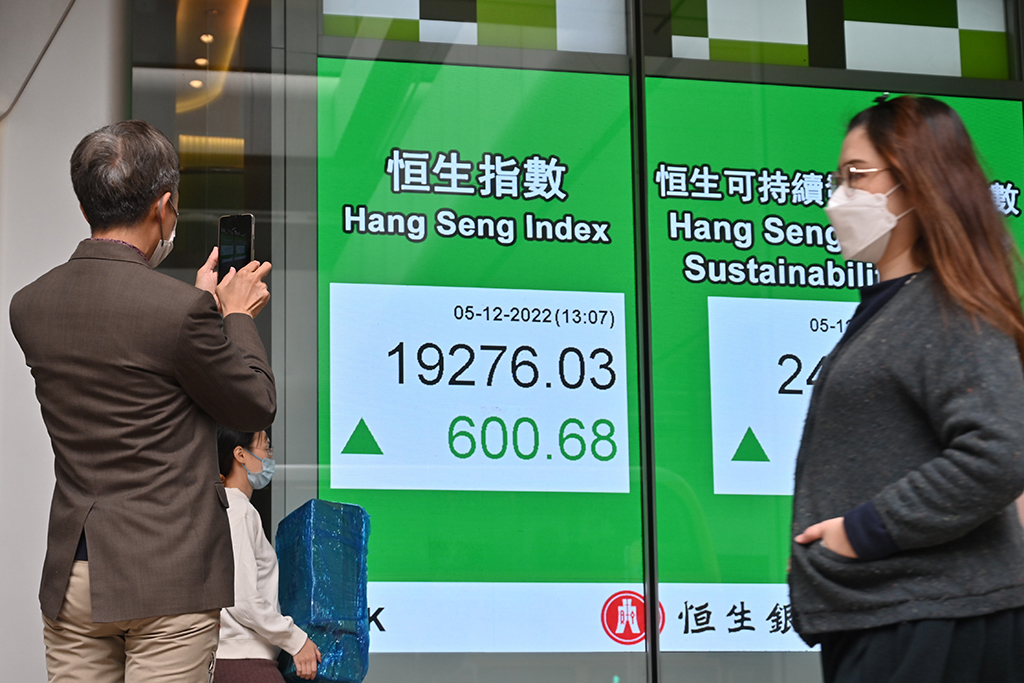 HONG KONG, China: Pedestrians pass an electronic board showing the numbers for the Hang Seng Index in Hong Kong on December 5, 2022. - AFP.

Stock markets traded mixed after Friday’s forecast-busting US jobs report that dented hopes that the Federal Reserve would take a softer approach to hiking interest rates in its battle against sky-high inflation. In currency trading, the dollar was mixed against its main rivals while China’s yuan was among the best performers, breaking below the seven per dollar level for the first time in almost three months.

Higher oil demand is expected from China after businesses reopened and testing requirements were relaxed in Beijing and other cities as the country tentatively eases out of a strict zero-COVID policy that sparked nationwide protests. It has also seen major cities including Shanghai locked down for months, a decision blamed for a sharp slowdown in economic growth this year that sent shudders through financial markets.

“Uncertainty is coming in waves in energy markets as the choppy tides of supply and demand push up the oil price but keep a lid on big gains,” noted Susannah Streeter, senior investment and markets analyst at Hargreaves Lansdown. “There are expectations that there will be less crude available to buy as the $60 cap on Russia oil takes effect.” The Kremlin on Monday insisted the cap would not affect Moscow’s military campaign in Ukraine.

The $60-per-barrel price cap aims to restrict Russia’s revenue while making sure Moscow keeps supplying the global market. “From the OPEC+ perspective, it can’t be easy to make reliable forecasts against that (Russia) backdrop and the constantly evolving COVID situation in China, which currently looks far more promising from a demand perspective,” said Craig Erlam, senior market analyst at Oanda trading group.

Major oil-producing countries led by Saudi Arabia and Russia on Sunday agreed to maintain their current output levels in a climate of uncertainty. The prospect of China, the world’s number-two economy, kicking back into gear helped traders overcome data on Friday showing far more jobs than expected were created in the United States in November.

A big jump in wages added to concerns that the economy remained hot, meaning the Fed still had plenty of work to do to get inflation down to its two percent target. – AFP.