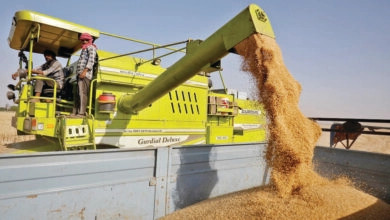 NEW DELHI: India banned wheat exports without government approval Saturday after its hottest March on record hit production, in a blow to countries reeling from supply shortages and soaring prices since Russia’s invasion of Ukraine. 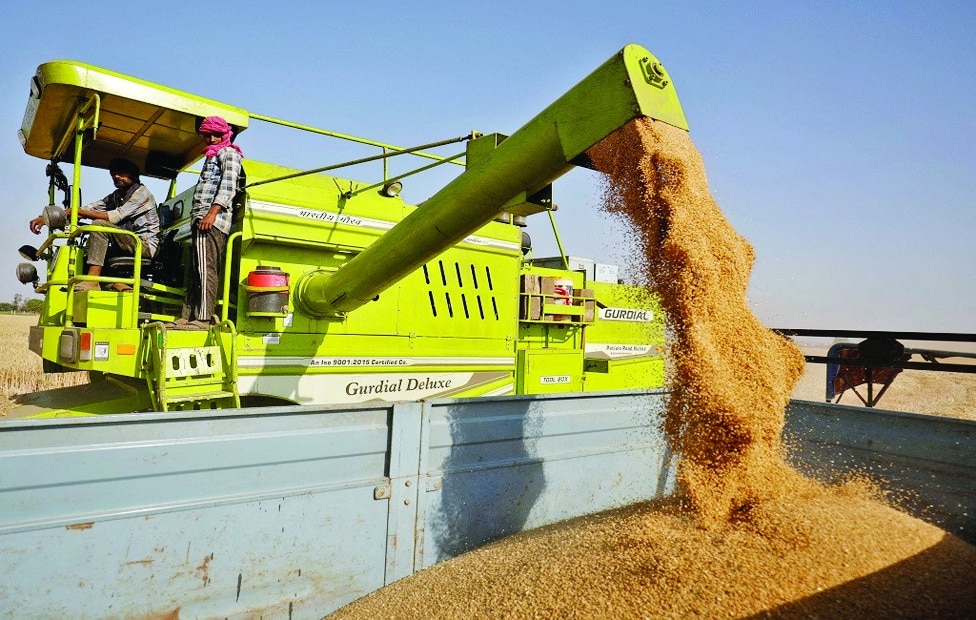 NEW DELHI: India, the world's second-largest wheat producer, says that factors including lower production and sharply higher global prices meant it worried about the food security of its own 1.4 billion people.

The announcement drew sharp criticism from the Group of Seven industrialized nations’ agriculture ministers meeting in Germany, who said that such measures “would worsen the crisis” of rising commodity prices. “If everyone starts to impose export restrictions or to close markets, that would worsen the crisis,” German Agriculture Minister Cem Ozdemir said at a press conference in Stuttgart.

Global wheat prices have soared on supply fears following Russia’s February invasion of Ukraine, which previously accounted for 12 percent of global exports. The spike in prices, exacerbated by fertilizer shortages and poor harvests, has fuelled inflation globally and raised fears of famine and social unrest in poorer countries. It has also led to concerns about growing protectionism following Indonesia’s halting of palm oil exports and India putting the brakes on exports of wheat.

India, the world’s second-largest wheat producer, said that factors including lower production and sharply higher global prices meant it worried about the food security of its own 1.4 billion people. Export deals agreed before the directive issued Friday could still be honored, but future shipments need government approval, it said. But exports could also take place if New Delhi approved requests from other governments “to meet their food security needs”.

“We don’t want wheat to go in an unregulated manner where it may either get hoarded and is not used for the purpose which we are hoping it will be used for-which is serving the food requirements of vulnerable nations and vulnerable people,” said BVR Subrahmanyam, India’s commerce secretary. On Thursday New Delhi said it was sending delegations to Morocco, Tunisia, Thailand, Vietnam, Turkey, Algeria and Lebanon “for exploring possibilities of boosting wheat exports from India”. It was unclear whether these visits would still take place.

Possessing major buffer stocks, India previously said it was ready to help fill some of the supply shortages caused by the Ukraine war. “Our farmers have ensured that not just India but the whole world is taken care of,” Commerce and Industry Minister Piyush Goyal said in April.

India said that it planned to increase wheat exports this financial year, starting April 1, to 10 million tons from seven million tons the year before. While this is a tiny proportion of worldwide production, the assurances provided some support to global prices and soothed fears of major shortages. Egypt and Turkey recently approved wheat imports from India. But India endured its hottest March on record-blamed on climate change-and has been wilting in a heatwave in recent weeks, with temperatures upwards of 45 degrees Celsius (113 Fahrenheit).

This has hit farmers hard, and this month the government said that wheat production was expected to fall at least five percent this year from 110 million tons in 2021 — the first fall in six years. Indian wheat exports in the past have been limited by concerns over quality and because the government buys large volumes at guaranteed minimum prices. The country’s exports have also been held back by World Trade Organization rules that limit shipments from government stocks if the grain was bought from farmers at fixed prices.

The Ukrainian agriculture minister has travelled to Stuttgart for discussions with G7 colleagues on getting its produce out. About “20 million tons” of wheat were sitting in Ukrainian silos and “urgently” needed to be exported, Ozdemir said.

Before the invasion, Ukraine exported 4.5 million tons of agricultural produce per month through its ports — 12 percent of the planet’s wheat, 15 percent of its corn and half of its sunflower oil. But with the ports of Odessa, Chornomorsk and others cut off from the world by Russian warships, the supply can only travel on congested land routes that are much less efficient. G7 ministers urged countries not to take restrictive action that could pile further stress on the produce markets.

They “spoke out against export stops and call as well for markets to be kept open”, said Ozdemir, whose nation holds the rotating presidency of the group. “We call on India to assume its responsibility as a G20 member,” Ozdemir added. The agriculture ministers would also “recommend” the topic be addressed at the G7 summit in Germany in June, which India’s Prime Minister Narendra Modi has been invited to attend. – AFP.