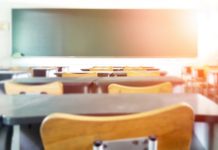 Students complain after being called to school for exams

KUWAIT: Students from several Indian schools in Kuwait have contacted Kuwait Times to complain that they are being compelled by their schools to attend on-campus exams in the upcoming exam period. Some students claim that their teachers are telling them to come to campus “quietly”, suggesting that they are holding exams on campus but without the necessary ministry approval.

All public and private schools (with a few exemptions for special needs schools) have been closed for on-campus learning since March 2020. To investigate, Kuwait Times spoke with an official from the ministry of education’s private education department to learn if any schools – including Indian schools in Kuwait – have been granted the right to hold on-campus exams.

But according to the education ministry, all exams should be conducted online. “We haven’t issued any approvals for on-campus exams till this moment. We are still waiting for approval from the ministry of health to allow schools that want to hold on-campus exams to do so. Schools should only hold exams online unless they receive approval from us,” Assistant Undersecretary for Private Education Abdulmohsen Al-Huwaila told Kuwait Times yesterday.

Kuwait Times then contacted several well-known Indian schools in the country to see if they were holding or planning to hold on-campus examinations. Two of the schools contacted explained that they had requested approval from the education ministry to hold exams for grade 12 students at the campus, but so far had not received approval for this. Other schools said no exams would be conducted on campus, even for grade 12.

Kuwait entered another partial curfew yesterday due to rising numbers of COVID-19 positive cases, and this is one of the main factors the ministries of health and education point to in providing the rationale for the continued closure of on-campus learning. The ministry of education had already announced that online learning will continue through the second semester.